Mauritius island, situated in the golden triangle connecting Asia, Africa and Australia, has the most amazing white coral sand beaches and crystal-clear lagoons, which contrast vividly with the backdrop of black volcanic mountains.

Its international airport serves more than 40 destinations worldwide. Direct flights to Mauritius from Europe take 10-12 hours and with a three-hour time difference.

This fantastic symposium will be held at the Ravenala Attitude Hotel in Mauritius. It is located on the Northwest coast of the island in the picturesque village of Balaclava. 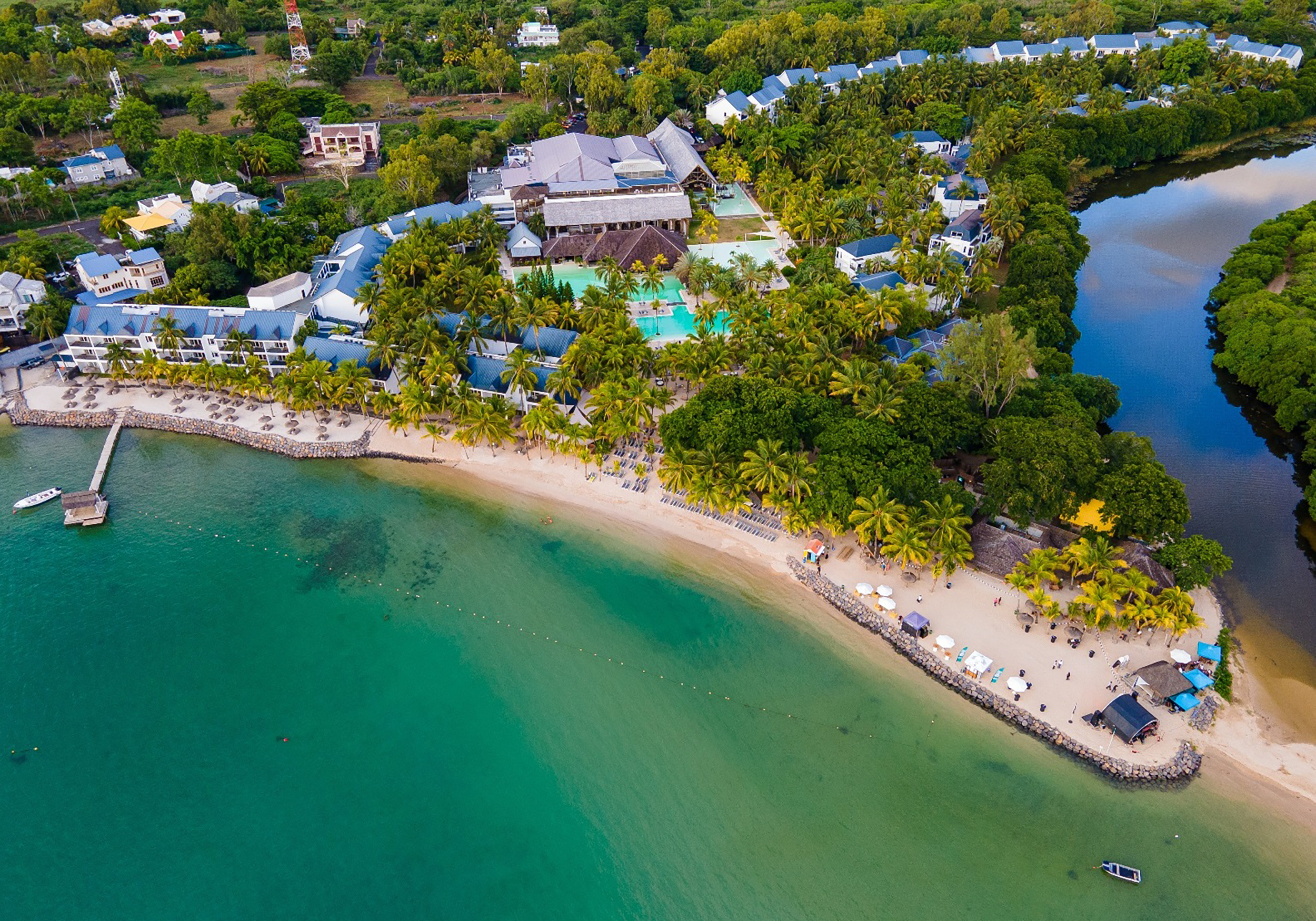 An islander once told Mark Twain that “Mauritius was made first and then heaven; and heaven was copied after Mauritius”. Mauritius is considered the dreamed destination by many with its heavenly beaches and turquoise waters. This small gem in the middle of the Indian Ocean hides far more treasures that deserve to be discovered during your vacations. The population, its history, cuisine, culture, and nature are just some of the facets that make the island unique and rich. 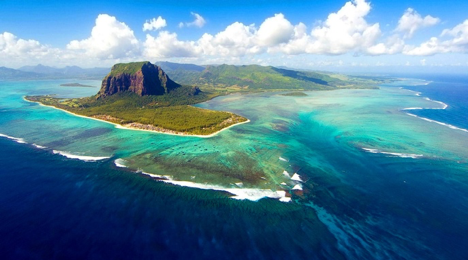 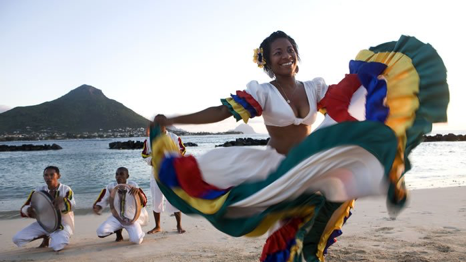 Below is a list of the things to do and see, to bring back home unforgettable memories from your stay in Mauritius:

Port-Louis, the capital of Mauritius, is a must see when you stay in the island. Port-Louis is a colourful city steeped in history and culture, where every corner reveals something different, a scent, a style, a period, and above all, the diversity of the Mauritian population. It is the city where the ancient and the modern meet. 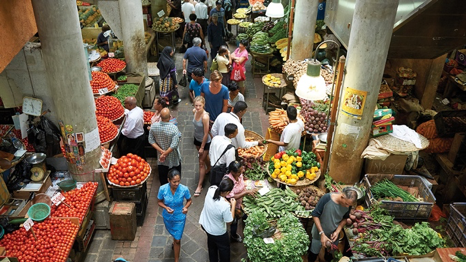 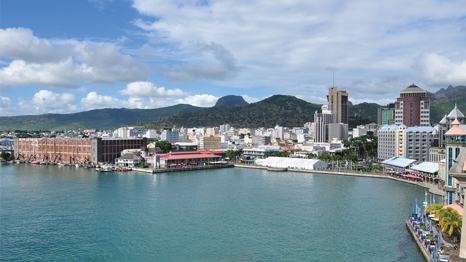 Pamplemousses Botanical Garden, or Sir Seewoosagur Ramgoolam Botanical Garden, is one of the most visited sites in Mauritius, and the oldest in the southern hemisphere. Created under the management of Mahé de Labourdonnais by the king’s intendant, Pierre Poivre, more than 300 years ago, the garden houses an extraordinary flora with a myriad of native and endemic plants. Animals have also taken up residence there: turtles, deer, and birds of all species. For nature lovers, Pamplemousses garden is the ideal place to stroll with the family or your partner along the paths bordered with greenery. You might get a chance to see a Talipot tree blooming – it only happens every 30 to 80 years, before the tree dies. The famous ponds with giant water lilies are also worth a visit, perfect place to take some souvenir photos. 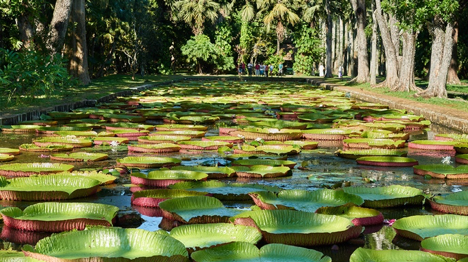 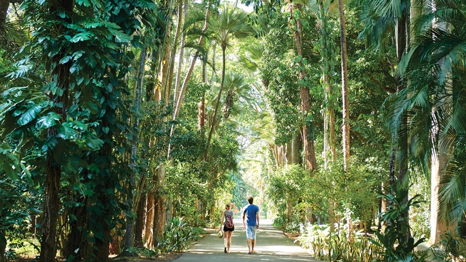 The 7-Coloured Earth in Chamarel

Another key attraction of Mauritius is the Seven-coloured Earth located in the heights of Chamarel. An unexpected site formed by a geological phenomenon that gave to the earth a palette of seven colours. This unique place deserves to be seen. Nearby, you will be amazed by the view of the Chamarel waterfall from the viewpoint. If you are lucky, you will see monkeys or the elegant Mauritian Tropicbird. Parks and nature reserves are also within easy reach, such as Ebony Forest or Lavilleon Park, where you can recharge your batteries and learn more about Mauritian nature, while the more adventurous will try some supervised open-air activities. 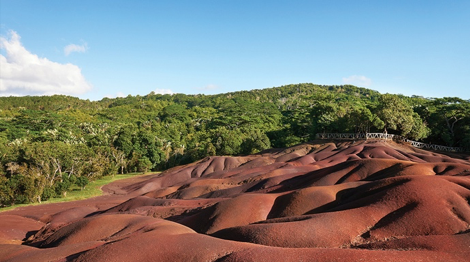 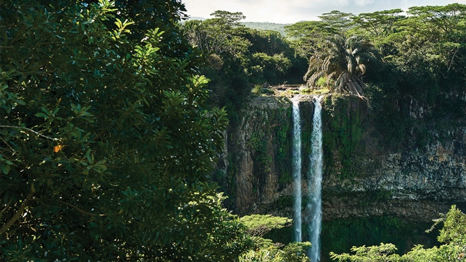 Crystal-clear waters and white sand beaches shaded by casuarina and palm trees surround this tiny island which caters for those seeking peace and solitude or the thrills of para-sailing and other water sports. 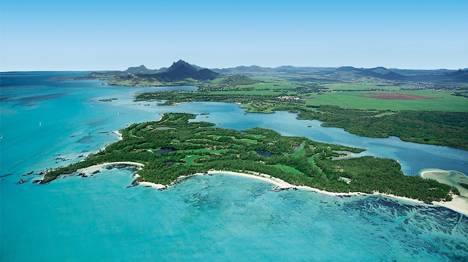 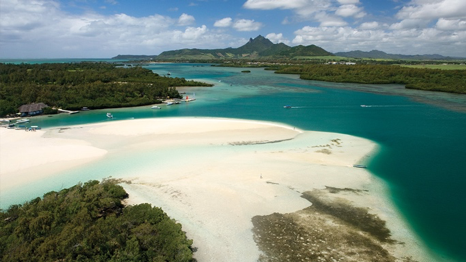 A trip into the mountains will reveal the lush green and unspoilt beauty of this National Park. You may be lucky enough to spot a kestrel or straw-tailed tropic bird as you gaze towards the far-distant ocean and enjoy the calm beauty of the surrounding countryside. 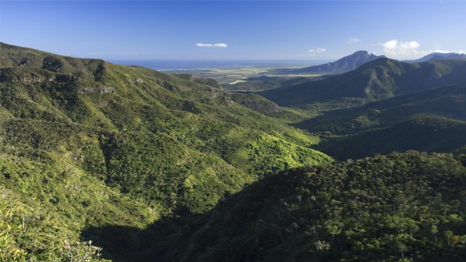 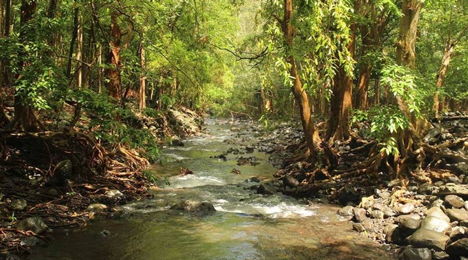 The Tea Route, in the southern part of the island, will immerse you in the history of this delicious beverage through several sites. You will visit the tea plantations, the factory, and museums. Tastings are also on the menu, and you can bring home various flavours of teas and unexpected by-products such as tea chutney! 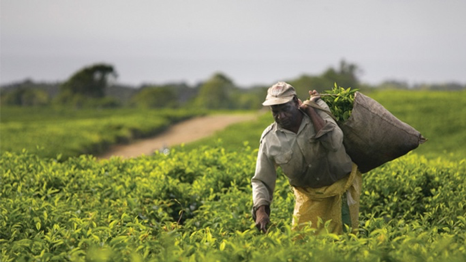 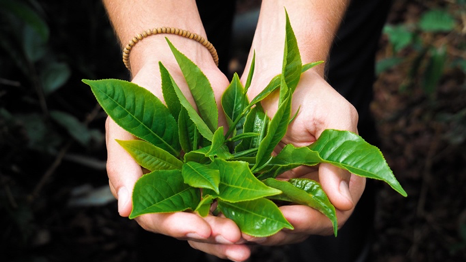 In Pamplemousses, L’Aventure du Sucre, a former sugar factory converted into a museum, features a beautiful pedagogical tour on the history of cane sugar in Mauritius. The shop will enchant you with all its sweet treats and other souvenirs to bring back in your luggage. Stop for a rum tasting, followed by a gourmet break at the museum’s restaurant before continuing your tour. 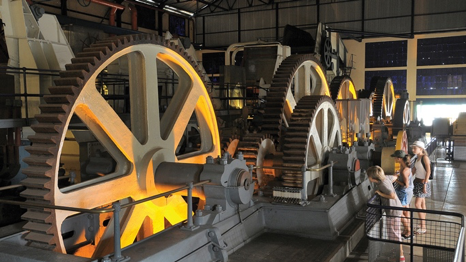 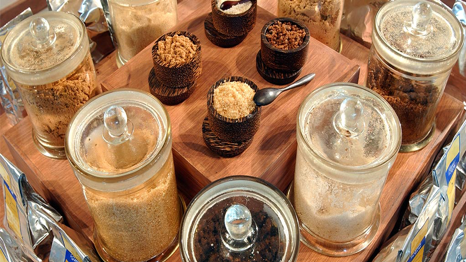 The beaches of Mauritius are evocative of dream, escape and heat. They are the typical dreamed getaway for many continental inhabitants. The island is surrounded by beautiful white sandy beaches and cliffs that offer, together with the blue lagoon, an extraordinary scene that varies according to the seasons and the time of the day. The coastal landscapes also change according to the region, they are nothing alike. Holidaymakers often choose their accommodation according to the beaches nearby. 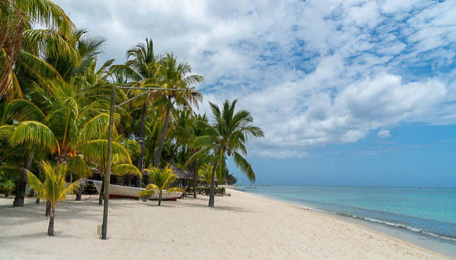 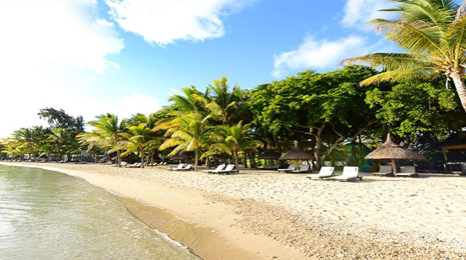